Shale gas refers to the unconventional natural gas that occurs in the organic-rich mud shale and its interlayers, and is mainly present in the adsorption or free state. The main composition is methane. It is a clean and efficient energy resource. The formation and enrichment of shale gas has its own unique characteristics, which are often distributed in the thick and widely distributed shale source rock strata in the basin. Compared with conventional natural gas, shale gas reservoirs have the characteristics of self-generation and self-storage. Shale is both a source rock and a reservoir. It is not controlled by structure, has no traps, and has no clear gas-water interface. The burial depth of shale gas ranges from 200 meters to more than 3000 meters. Most of the gas-producing shale has a wide distribution range, large thickness, and generally contains gas. This enables shale gas wells to produce gas at a stable rate for a long time, and has the advantages of long production life and long production cycle. 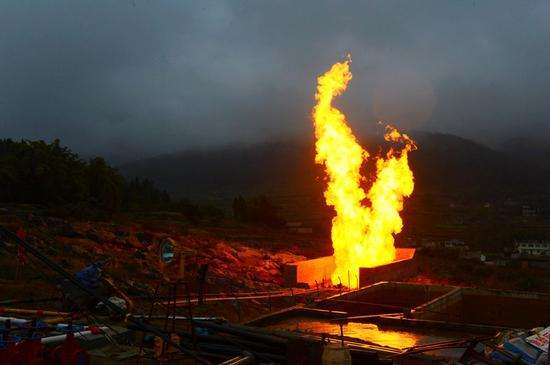